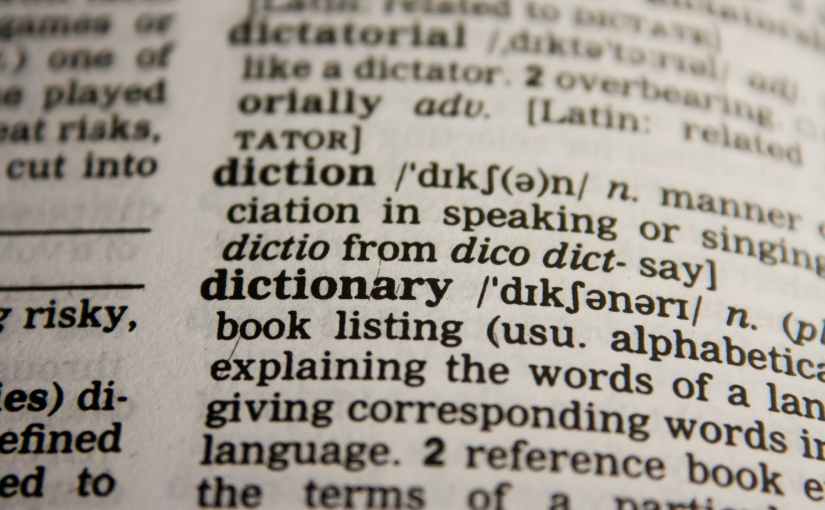 Are you ready for a rant post? No? Too bad. Let’s start, as all white girl raging does, with a little bit of Shakespeare.

Unhappy that I am, I cannot heave
My heart into my mouth. I love your Majesty
According to my bond; no more nor less.

That’s from King Lear, Act I. Spoken by his daughter, Cordelia. Fucking brutal, yeah? Also, eloquent and lovely and all the other descriptors that people pull up when talking about Shakespeare monologues. You know what else is eloquent and lovely?

The opening lines of “Sadie and Maud” by Gwendolyn Brooks, inarguably one of the best poets of the 20th century, and the first black author to win the Pulitzer Prize. You may begin to understand where I’m going with this, but one more for the holy spirit:

The U.S-Mexican border es una herida abierta where the Third World grates against the first and bleeds. And before a scab forms it hemorrhages again, the lifeblood of two worlds merging to form a third country — a border culture.

Now, if you showed someone the Shakespeare excerpt next to the Gwendolyn Brooks excerpt and asked them which one was the better piece of writing, which one do you think they’d choose? If they’re indoctrinated with high school English classes, probably Shakespeare. Everyone knows that Shakespeare is The Standard to live up to, right? Right?

OH DAMN, bet you didn’t see THAT coming, did you? It’s not like I was projecting my intentions from the very first syllable or anything. Here’s the thing about Shakespeare–or Dickens or Chaucer or [insert-any-old-white-man-here]–being revered as The Best: it doesn’t leave room for diversity of perspective, and by extension, diversity of language.

Here are two fun terms that you may or may not know: Standard American English (SAE) and Edited American English (EAE). SAE refers to the “standard dialect” that “most” Americans use. EAE is this same concept, only written down and, you guessed it, edited. The concept of a “standard dialect” is, to put it mildly, fucking wild. It implies two things: one, that there is a standard to be met, and if said standard is not met, that your speech is subpar; and two, that there is a single dialect that an entire country should be using.

The demographic most likely to both speak and enforce SAE is, shockingly, the white upper class. The idea that it is something that should be taught in a standardized form dates back to grammar schools, a convention of the late 19th and early 20th century, where there was a massive emphasis on correct spelling, writing, and speech without regard for actual comprehension of the mode and manner of communication. Working class people looking to move up in the world sent their children to grammar schools so that they would learn how to speak and write “properly,” i.e., like the upper class.

This problem persists today, wherein people with dialects that are outside of the “norm” are often considered uneducated by their oppressors and punished for it. Communities of color and low-income communities receive the worst fallout from these stereotypes.

Now, obviously this is racist and classist as fuck. It is also, as you’ll find all prejudiced views to be, lacking in evidence that proves its veracity. Linguists have proven time and time again that SAE is not a more efficient, effective, or eloquent way of speaking than other dialects, nor does it say anything about intelligence or education. See suggested readings at the end of this post for more information, because this is still technically a blog and I can’t go on a full academic rant with in-text citations without losing some people.

Okay, so back to my dude Willy Shakes. Why is it dangerous for people to put his writing on a pedestal? Firstly, because the guy made more dick jokes per scene than a high school boy, and would have been horrified by the fact that we view his writing as “sophisticated.” Secondly, it halts the development of language to assume that older writing and dialects are inherently more beautiful  or valuable than those of modernity.

If you’re still not following, let me say it like this: language is supposed to change. If you’ve disagreed with what I’ve said so far you are a cold, stale, butterless piece of burnt toast. It’s supposed to have different dialects, none of which are inferior. Languages are supposed to blend and merge. If you work “pièce de résistance” into your everyday conversation, you’re a fancy little lad, but if you’re Gloria Anzaldúa–The U.S-Mexican border es una herida abierta–mixing tongues with all the fluidity and eloquence of a principal dancer on opening night, you’re told to “pick a language,” and “how are we supposed to know what you’re saying?” To that I’ll offer two pieces of advice: if you don’t what’s being said, either look it up, or perhaps consider that you are not the target audience. I know, fellow white people, it’s hard to imagine a world in which every piece of media was not created for us, but it’s the reality of things.

Alright, damn. Long rant. Glad I got that out of my system. I’d just like to end with saying that I am aware that I benefit from the social privilege of speaking SAE as my primary dialect, that I have written this blogpost in SAE, possibly with more swearing than my high school grammar textbooks taught me. That is to say, I am not an authority on the topic, nor have I any first-hand experience in language discrimination.

As mentioned previously, I have attached scholarly articles and other resources below should you wish to learn more from people who are far more knowledgeable than I.

Black Linguistics: Language, Society, and Politics in Africa and the Americas

Sociolinguistic nostalgia and the authenticity of identity

ACLU’s sheet on language discrimination and your rights

I'm Em/Herb. MFA Student, fiction writer. Find me on Twitter @masteremdash if you're into gays yelling at the void. View all posts by Herb